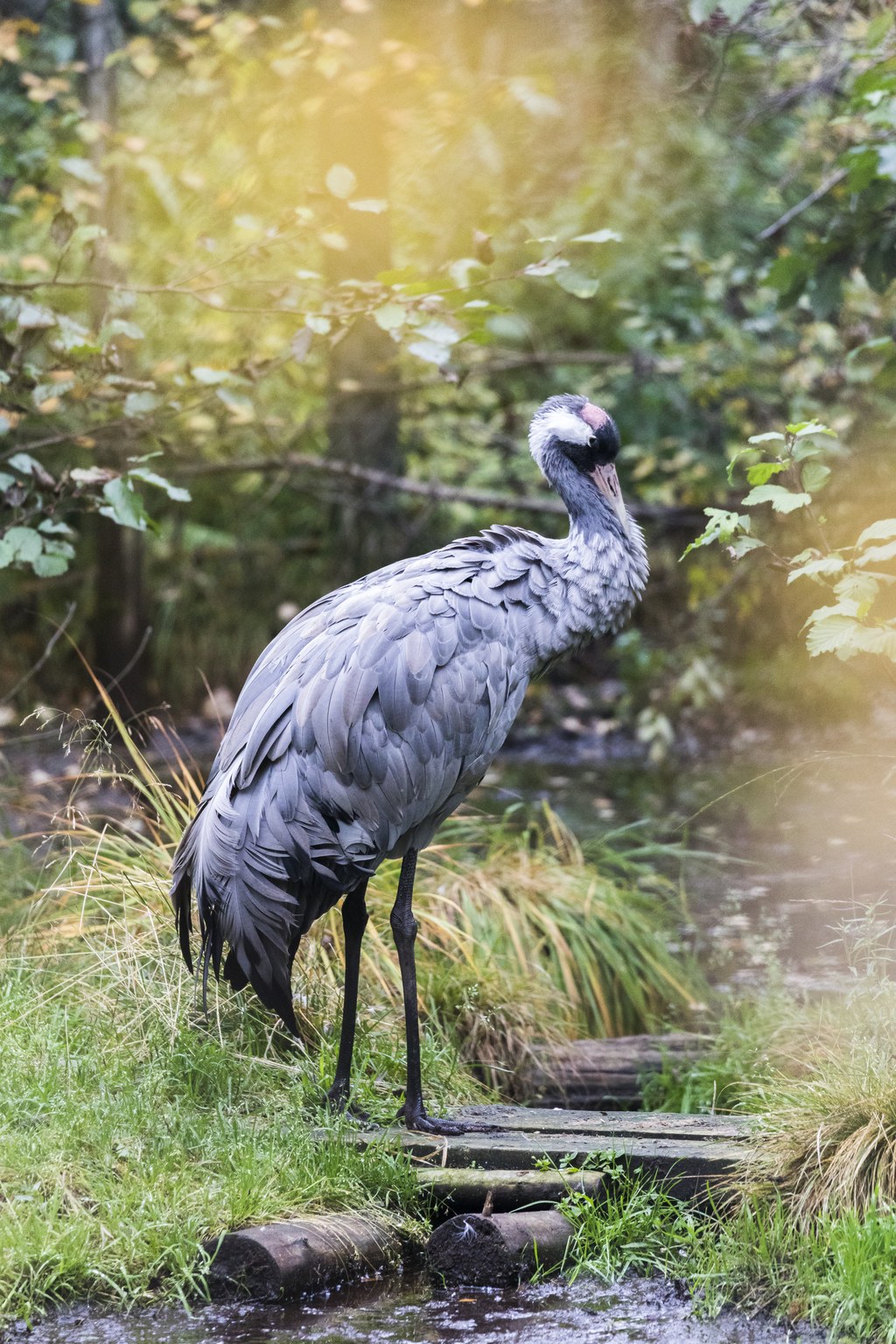 As their habitat cranes prefer wide-open swamp and wetland areas. They feed on green plants, roots and sprouts, insects, molluscs, frogs and berries. Cranes are found all over Finland, except in the northernmost mountain areas of Lapland. A crane couple commits to a lifetime partnership, and returns to the same nesting area year after year. As their natural habitat has decreased due to the draining of swamps, cranes breed also on farm fields, gathering there especially during migration. Before the fall migration, cranes gather into flocks of hundreds, even thousands of individuals. They often gather on large cultivated pastures, like the Söderfjärd field south of the city of Vaasa. During the day they feed on crops on the fields, storing nutrition for the migration. If the farmers have not threshed their corn, cranes may cause some damage treading the ground, and soiling it with their excrement. At night-time cranes move out to the islets on the nearby sea, where they are safe from predators.

The crane is a protected species on nature conservation areas. In the early days, the drainage of swamp areas diminished the natural habitat for cranes. Nowadays the species is fairly safe from greater threats in Finland. However, the danger lies in human actions: important wetlands along the migration routes and winter grounds may change due to climate change. The migration is followed up by ringing the birds and by satellite transmitters set in the birds.

Cranes migrate to the south for winter grounds. Some remain in the South Europe, like in Hungary and Serbia, and others continue all the way to North Africa.

Breeding: The female lays 2 eggs in the end of April/start of May, incubation period: 29-31 days and nights. Also the male incubates. Independent in their first winter, sexual maturity reached in about 5 years.

Lifespan: According to ringing data, the oldest crane has lived to 37 years of age. 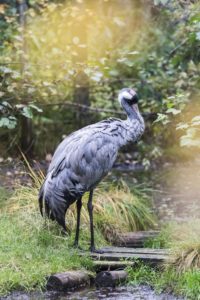 Did you know that in order to reduce the damage cranes cause on fields and pastures, specific crane-fields have been established along their migration routes with appropriate food for the crane? Cranes select these enticing fields as their feeding place, and other fields stay intact in good condition.