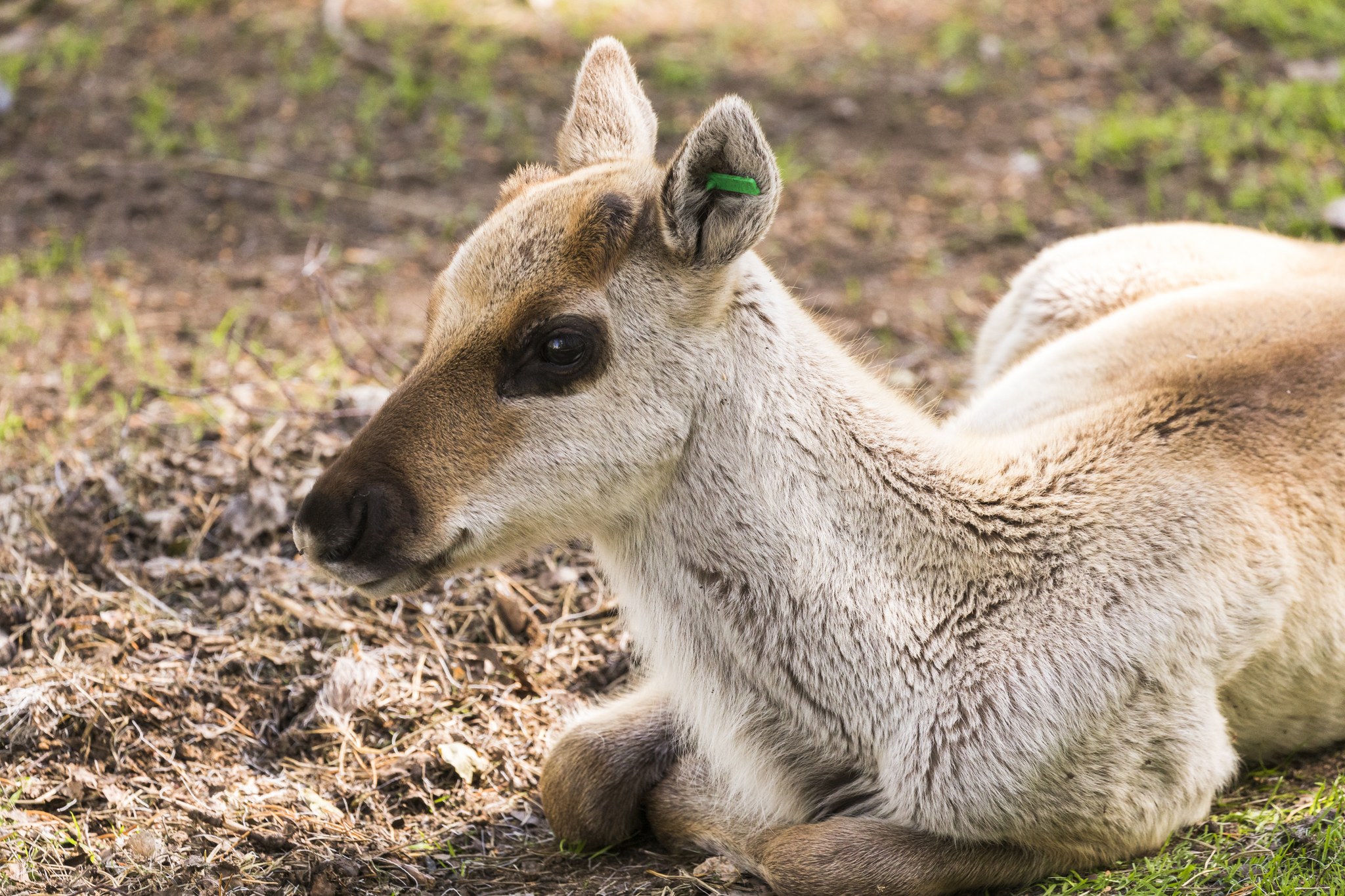 The wild forest reindeer is closely related to the common reindeer, but is larger in size, and according to its name, the original resident of the northern woods and mountains. The wild forest reindeer, like the reindeer, feeds on lichen, mushrooms, hay, grassy plants, as well as, leaves of trees and bushes, and travels long distances between lush pastures to the more frugal moorlands with lichen. 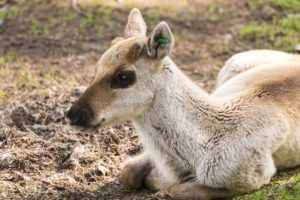