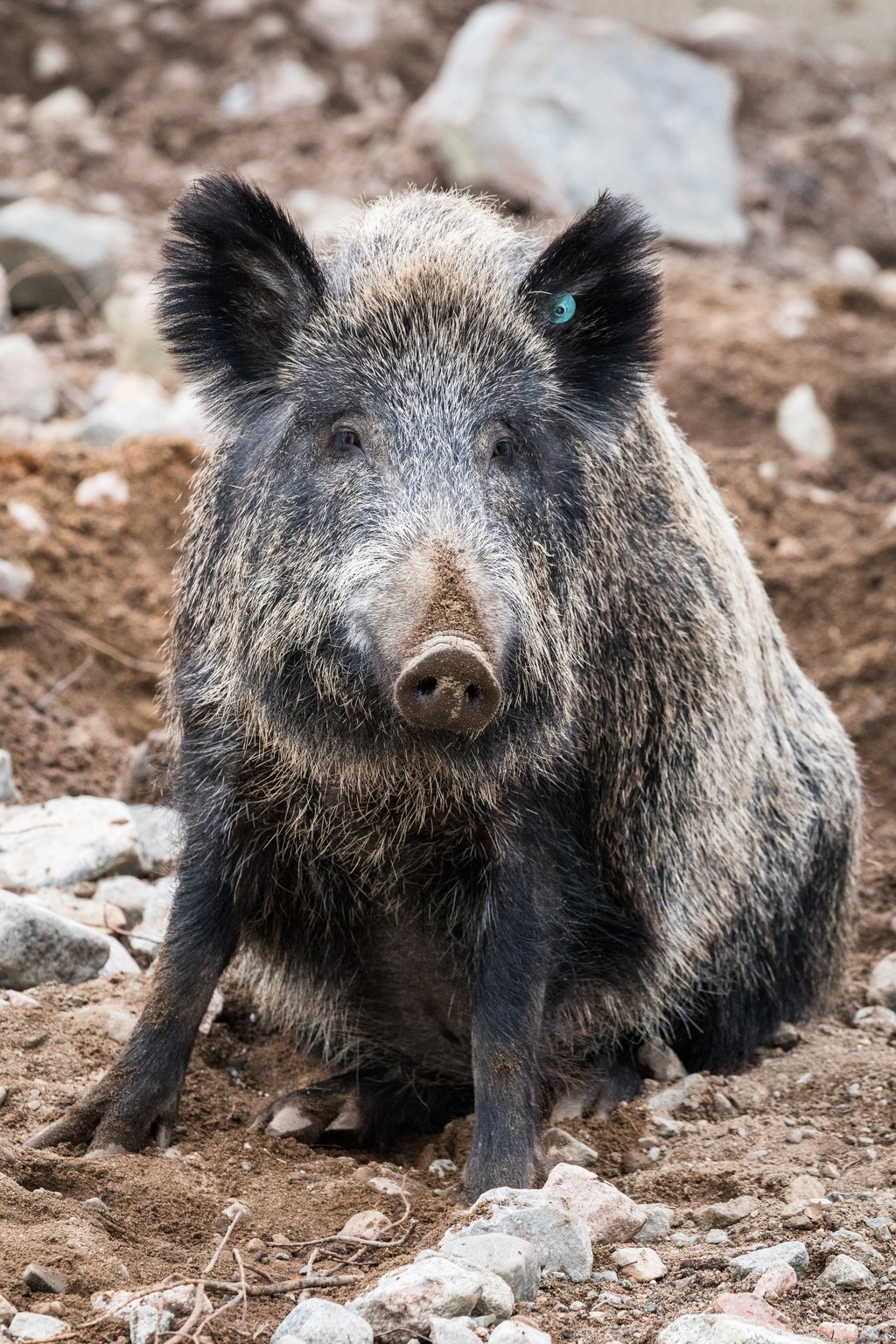 The wild boar breeds largely in the regions of continental Europe, North Africa and Asia. The Finnish wild boar population is estimated to derive from the regions across the borders of the Karelian Isthmus in the east. The population breeds nowadays mainly in the southern parts of Finland, but can be found all the way up in the regions of Oulu also. Wild boars prefer lush broad-leaved forests and mixed forests close to wetlands. In their nests constructed from twigs, crass and leaves on the ground, the female whelps the piglets out into the world. The sows with their piglets may form herds of 15 wild boars. Males, on the other hand, lead solitary lives outside mating season. The night-active wild boar is omnivorous. It feeds on roots, bulbs and worms, all of which it digs up from the ground using its strong snout. Berries and seeds are dug up from under the snow. It also eats leaves, twigs and shoots and insects, molluscs, fish, rodents, bird eggs, frogs, and carrion and garbage, even potatoes from the fields.

The wild boar is a game animal in Finland. The annual quarry is only a few individuals.

The wild boar is not highly adapted to living in the arctic winter. Digging up food from under the frozen ground may be hard, and their thin hooves sink in the snow making it difficult for them to move about. Though, they fair well in freezing cold temperatures, if they have succeeded in gathering subcutaneous fat reserves in the summer, and if they find food. In Finland the wild boar is fed in the winter, and they also knows their way to garbage disposals. 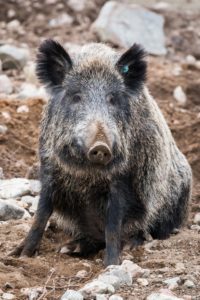 Did you know, that a wild boar mother may have 10-12 piglets at a time? The small pigs are an easy target for many predators, but the mother protects the young ones fiercely. The piglets also boast a great camouflage; the long-striped light colouring keeps them well hidden on the ground.