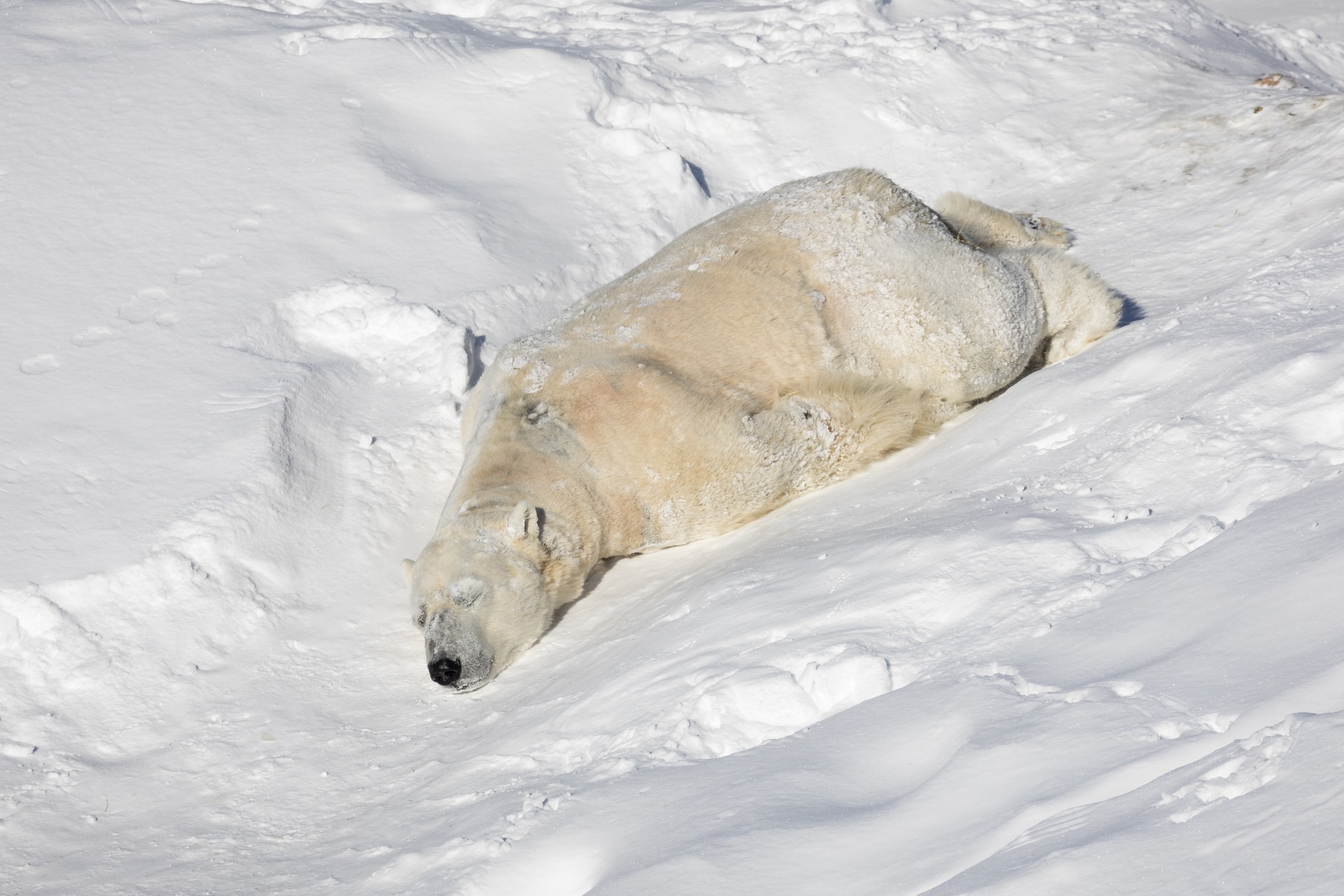 Polar bears live on the coasts of arctic regions and on frozen expanses of the northern seas. They prey mainly on seals for their food, but also eat young birds and their eggs, sometimes brown algae as well. The polar bear lives a solitary life, with the exception of the female that travels with its cubs. In the latter part of the autumn the pregnant polar bear retreats into a snow den. She stores up energy to nurse her babies. Cubs weighing less than half a kilogram are born in the middle of the winter and spend their first months in the snow den, growing up while sucking the milk of their mother.

The polar bears at Ranua Wildlife Park are part of the European Endangered Species Program (EEP). The international agreement for protecting the endangered polar bear species was signed in 1973. Instead of the previous negative impact of hunting on the polar bear population, global warming nowadays has a threatening impact on the life of polar bears. Polar bears need a platform of sea-ice to be able to hunt their principal prey – seals. As the Arctic sea areas freeze ever later and the ice melts earlier in the year, the seal hunting season for the polar bear is shortened. Distances between ice floats lengthen, and even though the polar bear is an excellent swimmer, they often drown. The polar bear is, therefore, classified as critically endangered species.

The polar bear is thoroughly adapted to living in arctic conditions. It boasts a white fur coat year round, and predators cannot easily detect it against the snow. The hollow guard hair on its fur cover creates a good isolation on the skin. The small ears of the polar bear prevent thermal loss, and the soft papillae on the pads of the paws, which provide traction on ice, give additional warmth. A polar bear may have a layer of fat up to 10 cm, creating isolation against the cold, and making floating in the water easier as well. A subcutaneous fat reserve becomes imperative during a scarce food supply.

Lifespan: 30 years; in ideal wildlife park conditions even over 40 years.

Did you know that polar bears are extremely proficient swimmers? They can swim multiple hours at a time over long distances.