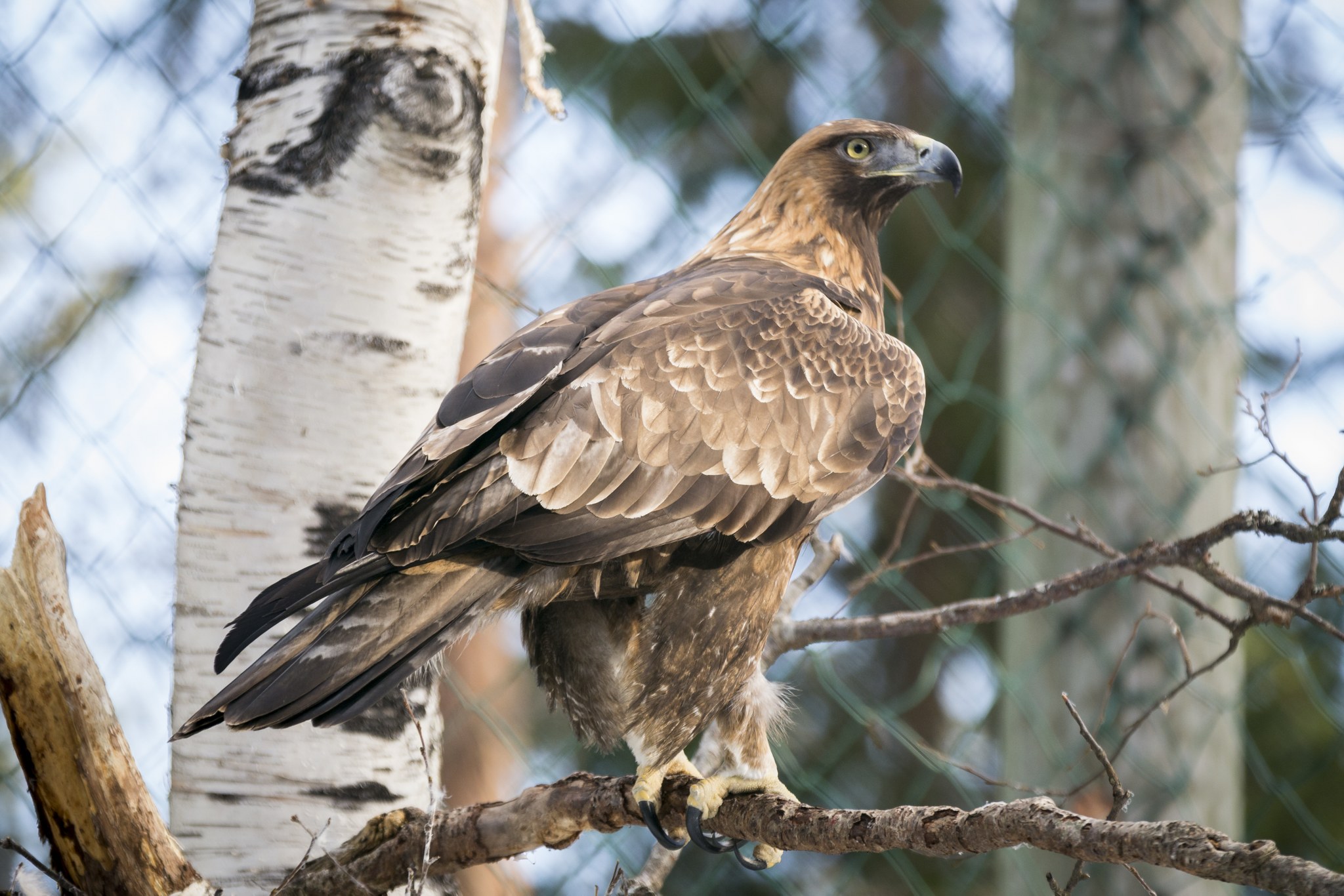 The golden eagle prefers remote and quiet wilderness as their habitat. They feed on rabbits and grouse, and also eat foxes, cranes and reindeer calves. Their nest is generally at the top of a sturdy-branched pine tree, on a cliff wall, or even on a triangulation tower. Usually, a golden eagle couple has a couple of nests, and their nests are used one at a time each year. The golden eagle is a very timid species, easily disturbed by human actions. Disturbance during nesting season may have devastating effects, as the eggs cool off easily when the mother has been chased away. A golden eagle couple is loyal not only to each other, but also to their territory. Young golden eagles, however, may live more wandering lives. In Finland the golden eagle breeds mostly in Lapland; 80% of the golden eagles in our country nest in the North. Additional breeding areas can be found n the regions of Oulu, in Suomenselkä in the western part of Finland, and in Central Finland.

The golden eagle is a large bird, catching rabbits and grouse even through the winter. Many of the smaller golden eagles survive on carrion, and disposals they find at some animal feeding places.

Breeding: The female lays 2 eggs at the end of March/beginnig of April, incubation period: 38-42 days and nights; also the male hatches the egg.

Lifespan: According to ringing data, the oldest golden eagle has lived to the age of 26 years. 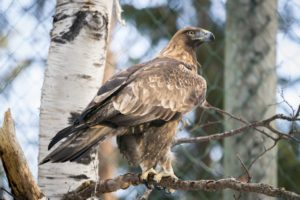 Did you know that in the early days the State of Finland paid bounty for killing golden eagles, but nowadays it pays for the protection of the bird? The damages caused by golden eagles to reindeer herders are paid according to the golden eagle territories and the amount of fledglings born in the particular reindeer-grazing area. Killing the protected golden eagle causes the killer to pay the State the amount of 4877€, in addition to other possible punishment measures.