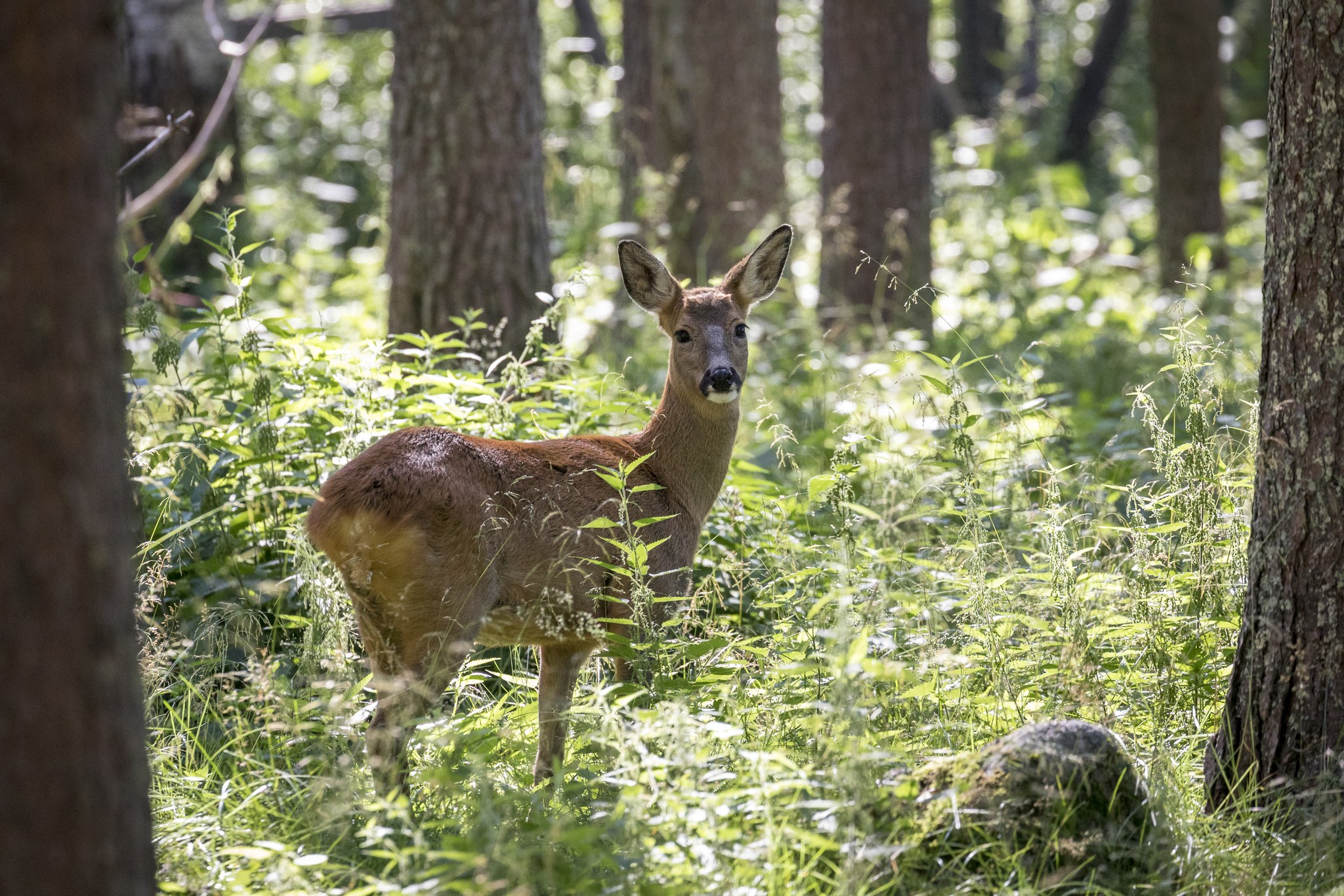 The roe deer thrives in diverse environments from sheltering forests to wide-open field areas. The roe deer is always vigilant, and moves usually at dawn or dusk. In the winter the roe deer gather into small herds, but in the summer, unlike other deer animals, the male roe deer is constantly guarding his own territories. In the summer, roe deer feeds on sprouts, green plants and corps on the field in the summer. In the winter, their diet includes the brushwood, twigs of bushes and trees. The roe deer is quite common in Europe. In the 1900’s the species came to Finland through two routes: from Sweden they wandered to the regions around the Gulf of Bothnia, from Russia they came across the border to the south-eastern parts of Finland. The roe deer has also been introduced to South Finland and Åland. The roe deer, however, is not a new species in Finland; the species has long been breeding in Scandinavia during the warmer season. Nowadays the roe deer can be found on the southern and the western coastlines, and also in the eastern and northern parts of Finland.

The roe deer is a game animal in Finland. Because of the bounteous population regionally, unlike our other deer animals, the roe deer may be hunted without a special hunting permit. The annual quarry is about 2000–3000 individuals.

The roe deer prefers areas with small snow coverage for its winter habitat. From under thin snow the roe deer can more efficiently reach for the brushwood for nutrition. During winters with heavy snow loads, the roe deer also feeds on twigs and needles. Some roe deer stay wintering close to housing areas in Finland, as people like to feed them during the cold spells in the country. The delayed fetogenesis may partly help the roe deer couple in surviving over the period of scarce nutrition; heat happens in mid-summer, leaving the male roe deer space and time in the fall to gather food for reserve; the female, on the other hand, needs to share its energy beginning at the New Year’s, when the embryo starts developing.

Breeding: Heat: July-August. Delayed fetogenesis; the embryonic development starts first at the turn of the year, approximately 5 months before the birth of the calves in June. Offspring: 1-3 at a time. Independent in 8 months, sexual maturity reached in its second summer. 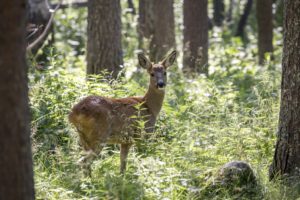 Did you know, that a roe deer calf hiding in the bushes is rarely abandoned? The roe deer mother leaves the calves in the bushes while going in search for food. Trusting their sheltering white-dotted colouring, the calf lies without moving in order to not disclose their whereabouts when threatened by danger.